The site you are about to enter is intended for Australian wholesale clients only (as that term is defined in section 761G of the Corporations Act 2001 (Cth)) and is not intended for distribution to, nor should it be relied upon by, retail clients. Newton Investment Management Limited (Newton) is authorised and regulated in the UK by the Financial Conduct Authority (FCA). Newton is providing financial services to wholesale clients in Australia in reliance on ASIC Corporations (Repeal and Transitional) Instrument 2016/396, a copy of which is on the website of the Australian Securities and Investments Commission, www.asic.gov.au. The Instrument exempts entities that are authorised and regulated in the UK by the FCA, such as Newton, from the need to hold an Australian financial services license under the Corporations Act 2001 for certain financial services provided to Australian wholesale clients on certain conditions. Financial services provided by Newton are regulated by the FCA under the laws and regulatory requirements of the United Kingdom, which are different to the laws applying in Australia. This information is made available by Newton Investment Management Limited and BNY Mellon Investment Management Australia Ltd (AFSL 227865).

The bounce in markets during the second quarter of 2020 enabled bond strategies to recover most of the losses that they suffered during the initial dislocation caused by the pandemic in March. The second half of the year will be more difficult, however, as we anticipate that low cash and government-bond yields will continue, alongside a rise in corporate defaults and downgrades.

One of our primary investment themes, which plays a key role in fixed-income investing, is state intervention, and we have already witnessed two of the three phases of state intervention in response to the pandemic over the last six months: first, March’s liquidity injection, and secondly, continuing emergency support for the pandemic-induced fall in gross domestic product (GDP). This began in April, but may continue well into the autumn.

The third phase of state intervention will be more difficult to navigate. It concerns the support from government and central-bank authorities for a restructuring of economies as they transition from an old way of doing business to a new one; the difficulty stems from the fact that some of the emergency measures that are in place roll off before companies and employees can benefit from any new economic direction. In this third phase, we would expect to see more ‘recovery fund’-type fiscal stimulus and less direct employment support. However, this transition is hampered by the need to extend phase two owing to the lingering virus threat, and the politics of getting the stimulus packages approved.

The chart below shows initial US unemployment claims and is a good example of our view that economic data (having bounced from the lows of the March/April lockdown periods) will take a while to get back to pre-crisis levels. While the market has debated a ‘V’ or ‘W’-shaped recovery, we have been talking about a U-bend shape.

There are a few reasons why we think economies will not return in two years’ time to the same pattern in which they were before the pandemic. This is about more than the virus alone, and has its roots in the leverage-distorted system which was in place prior to the pandemic, which helped to create untenable wealth inequality which, in turn, fuelled populism and a reversal of the globalisation trend.

As always with a crisis, there are reasons why previous trends are accelerated and new trends emerge. The global financial crisis was a good example: economies weakened and then recovered, political parties changed, and some other pre-existing trends accelerated while new ones came into force. The rise of social media, smartphones and technology continued after the crisis, probably helped in part by the low cost of finance and the abundant availability of venture capital. The banking system, however, had to restructure by shrinking balance sheets and reducing staff.

Significant economic turmoil always leads to a change in political parties as new leaders suggest they can do better than their predecessors, and a disillusioned electorate looks for change. The long-term trend of globalisation was also a casualty of the global financial crisis; the current calls to bring jobs home and rising trade tensions are a symptom of this.

The new crisis is a people crisis rather than a financial one, and therefore the systems that are in need of a restructure are those that are connected to a change in the way people live, rather than a restructuring of the financial system. Therefore, the prior trends that are not hit by this change should continue, and may receive a boost from the availability of cheaper money and, more importantly, the increasing use of fiscal stimulus rather than just loose monetary policy.

For example, the rise of populism and its negative effect on trade is likely to continue, but crucially, as governments get more involved in the economy, investment in environmental projects is likely to rise and the focus on the social agenda will also pick up; the wellbeing of staff will be a key concern and health-care systems will see more investment too.

When it comes to environment, social and governance (ESG) concerns, the increasing focus on the ‘E’ that we witnessed prior to the crisis should continue as the recovery grows. The ‘S’ agenda is more difficult to define, but those employers that look after their staff through greater use of flexible working and wellbeing support may attract the highest-calibre workers. Finally, the ‘G’ consideration should also attract heightened interest, as weak economies tend to flush out bad practice.

The sectors that need to change or adapt are those that were gearing up before the crisis based on previous trends that are no longer there. For example, the airline industry was constantly focused on expanding passenger traffic, but much of this growth may not now materialise. Many of the deflationary trends that were there in the decades before the crisis had already started to roll off – for example, globalisation and demographics. Over the next 12 months as economies restructure, unemployment is likely to remain high, demand weak, and inflation at low levels.

Once that transition has passed, there is a real possibility that inflation could end up higher than it was previously. Prior to the crisis we were starting to worry about many of the deflation champions reaching a share of the market where (instead of looking to gain market share at a cheaper price) they would be inclined to raise prices as their market share plateaued. For example, low-cost airlines were steadily increasing prices as their competition was squeezed out of the market. The airlines that survive the current dip in travel demand will be operating with lower capacity and, perhaps as a result, higher costs.

Meanwhile, the ‘baby boomer’ generation is retiring, and thus shifting from saving to consumption mode. Deglobalisation will receive fresh impetus as supply chains are shortened (but become more inefficient), trade barriers are erected, and politicians try to boost domestic employment. Finally, from their current low levels, we anticipate that energy prices could rise as we shift towards more renewable energy sources – all factors that could lead to higher inflation over the longer term.

Custom: This is a financial promotion. These opinions should not be construed as investment or other advice and are subject to change. This material is for information purposes only. This material is for professional investors only. Any reference to a specific security, country or sector should not be construed as a recommendation to buy or sell investments in those securities, countries or sectors. Please note that holdings and positioning are subject to change without notice.

Taking action on the implications of climate change

How can investors seek to address climate-related risks and opportunities? 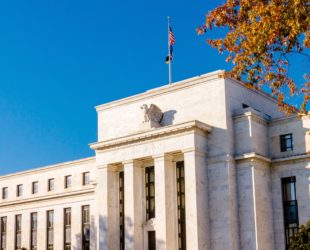 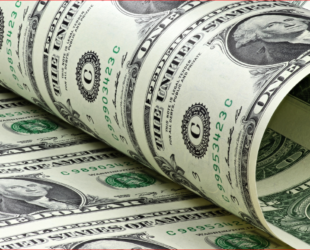 Modern Monetary Theory is gaining traction among policymakers, but what are the possible consequences for investors and markets?

This is a financial promotion. Issued by Newton Investment Management Limited, The Bank of New York Mellon Centre, 160 Queen Victoria Street, London, EC4V 4LA. Registered in England No. 01371973. Newton Investment Management is authorised and regulated by the Financial Conduct Authority, 12 Endeavour Square, London, E20 1JN and is a subsidiary of The Bank of New York Mellon Corporation. Newton is providing financial services to wholesale clients in Australia in reliance on ASIC Class Order 03/1099, a copy of which is on the website of the Australian Securities and Investments Commission, www.asic.gov.au. The Class Order exempts entities that are authorised and regulated in the UK by the FCA, such as Newton, from the need to hold an Australian financial services license under the Corporations Act 2001 for certain financial services provided to Australian wholesale clients on certain conditions. Financial services provided by Newton are regulated by the FCA under the laws and regulatory requirements of the United Kingdom, which are different to the laws applying in Australia.

Material in this publication is for general information only. The opinions expressed in this document are those of Newton and should not be construed as investment advice or recommendations for any purchase or sale of any specific security or commodity. Certain information contained herein is based on outside sources believed to be reliable, but its accuracy is not guaranteed. You should consult your advisor to determine whether any particular investment strategy is appropriate. This material is for institutional investors only. Past performance is not a guide to future performance. Your capital may be at risk. The value of investments and the income from them can fall as well as rise and investors may not get back the original amount invested.

This material is for Australian wholesale clients only and is not intended for distribution to, nor should it be relied upon by, retail clients. This information has not been prepared to take into account the investment objectives, financial objectives or particular needs of any particular person. Before making an investment decision you should carefully consider, with or without the assistance of a financial adviser, whether such an investment strategy is appropriate in light of your particular investment needs, objectives and financial circumstances.

This information is made available by Newton and BNY Mellon Investment Management Australia Ltd (AFSL 227865). This information is confidential and is only provided to Australian wholesale clients (as that term is defined in section 761G of the Corporations Act 2001 (Cth)). This is not an offering or the solicitation of an offer to purchase an interest in any financial product referred to in this website. This content is for general purposes only and should not be relied upon as financial product advice. This content has been prepared without taking into account the objectives, financial situation or needs of any person. Before making an investment decision an investor should consider the appropriateness of the information in this website having regard to these matters and read the disclosure document relating to a financial product. Investors should also consider obtaining independent advice before making any investment decisions. Investments can go up and down and to the extent that this website contains any past performance information, past performance is not a reliable indicator of the future performance of the relevant investment or any similar investment strategy.

Newton Investment Management Limited is exempt from the requirement to hold an Australian financial services licence in respect of the financial services it provides to wholesale clients in Australia and is authorised and regulated by the Financial Conduct Authority of the UK under UK laws, which differ from Australian laws.