It is now widely understood that diverse groups make better decisions because they are less likely to suffer from the ‘group-think’ which can lead to sub-optimal decision making. More recent research goes further and suggests a causal link between greater diversity and stronger financial performance where diversity is achieved at a sufficient level and is normatively accepted.1

Diversity is a lead indicator of wider corporate culture. We are all aware of companies failing because the board is populated with directors unwilling, or unable, to challenge a single domineering personality. As investors, we may not know what goes on behind closed doors, but we still need to be able to evaluate corporate culture. Often, we glean insights into the effectiveness of a company’s decision-making processes and the health of its corporate culture from a combination of scrutinising published information and, critically, via engagement meetings.

Female participation in the global workforce is unequal, and a key area of inequality is in senior corporate positions. According to MSCI, 22.6% of directors across companies in the ACWI (All Country World Index) were female in 2021, but 14.2% of companies still had an all-male board.2 We do not have a full data set available to us at the management level, but we would expect similar findings. While we acknowledge there are cultural reasons which have historically prevented women from reaching senior positions in business, we do not believe this level is acceptable in 2022.

This is also the case for ethnic-minority participation, again particularly within senior levels of organisations. In 2020, the 30% Club, a campaign group which seeks to increase diversity at board and senior-management levels, expanded its targets from focusing solely on gender to also encouraging all FTSE 350 boards and executive committees to include one person of colour by 2023.3 Similar to studies on gender and corporate performance, there is evidence to suggest that ethnic diversity in executive teams is correlated to improved profitability.

Our first-hand experience of performing company research has also found that company disclosure on diversity is poor. This includes basic workforce composition data, and diversity and inclusion policies. Not only does this make it hard for us as investors to assess a company’s culture, but it also makes it difficult for prospective employees to do the same. Employees are attaching increasing weight to a company’s diversity and inclusion performance, and not only will companies which perform poorly fail to attract the best candidates available, but those companies which do not disclose their efforts will also suffer.

We see this not just as a company-specific issue, but also as a systemic one. For example, research by the World Economic Forum found that increasing female participation in the workforce could increase GDP by US$12 trillion by 2025.4 In fact, this is seen as such an important global objective that the UN has dedicated one of its Sustainable Development Goals solely to gender equality.

Therefore, our approach to stewardship focuses on two objectives where we believe the most shareholder value lies, and where we can have the most influence as investors:

Our policy intends to address the two objectives listed above.

As part of the research conducted ahead of a company’s AGM to inform our voting decisions, we will look at two key indicators:

Recent examples of our voting and engagement activity related to diversity include:

Defining our approach to net zero

Important information
This is a financial promotion. These opinions should not be construed as investment or any other advice and are subject to change. This document is for information purposes only. Any reference to a specific security, country or sector should not be construed as a recommendation to buy or sell investments in those securities, countries or sectors. Please note that portfolio holdings and positioning are subject to change without notice. Issued in the UK by Newton Investment Management Limited, The Bank of New York Mellon Centre, 160 Queen Victoria Street, London, EC4V 4LA. Registered in England No. 01371973. Newton Investment Management is authorised and regulated by the Financial Conduct Authority, 12 Endeavour Square, London, E20 1JN.

Robert is investment leader, emerging and Asian equities. He joined Newton in 1999, and has been lead manager of the Newton Global Emerging Markets strategy since its launch in 2011. 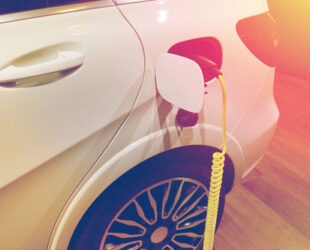 Our fixed income team engaged with the food retailer to discuss palm oil, greenwashing and more.

We discuss our recent collaborative engagements on plant-based and alternative proteins.