UK Institutional Blog Posts US decoupling: can it last? 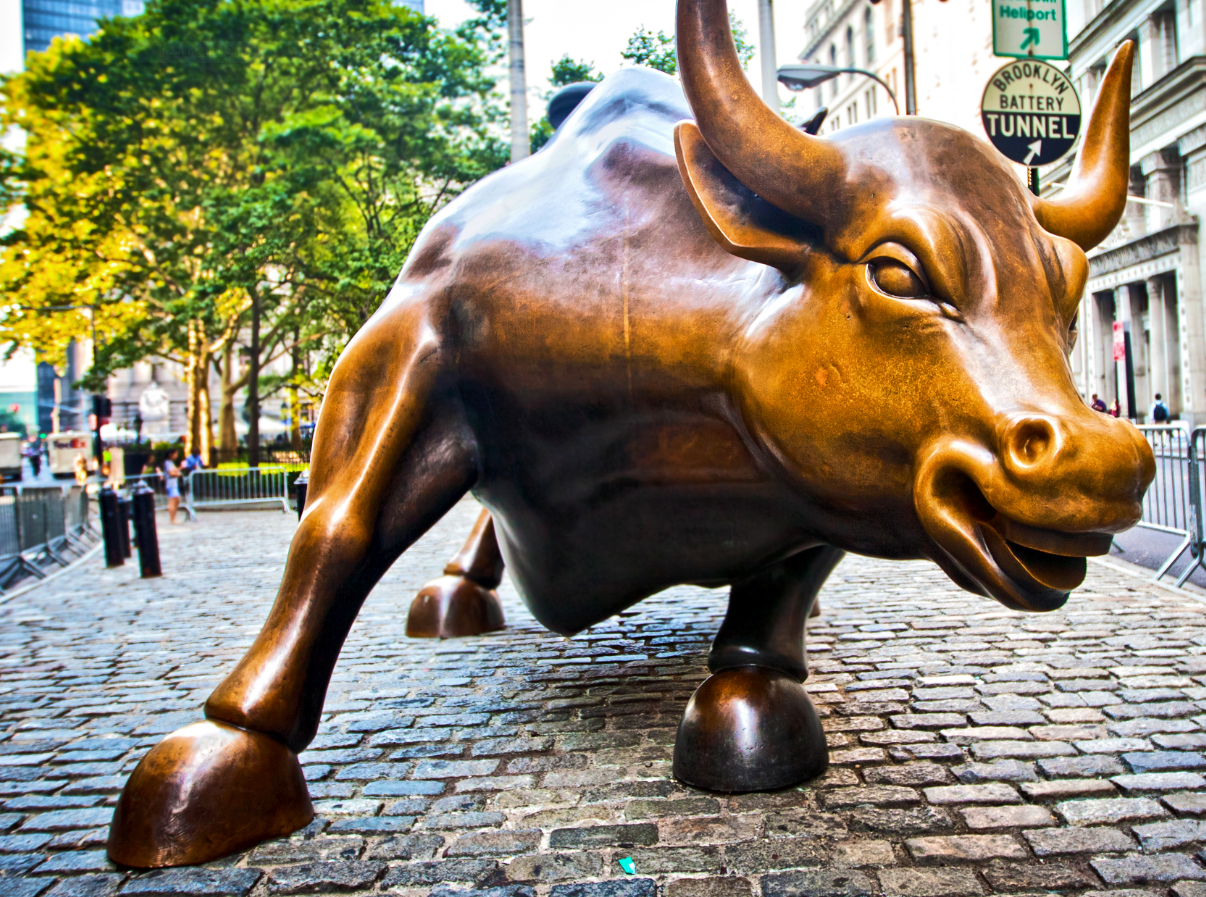 In 2017, we saw the world return to synchronised global growth for the first time since the financial crisis, with all major regions accelerating in economic-growth terms. It was also notable as the first calendar year since the financial crisis when the US equity market underperformed global equities, as is typical in periods of synchronised global growth.

At the start of 2018, synchronised global growth was widely expected to continue, with the US equity market expected to underperform further as the equity bull market broadened out and the post-financial crisis laggards took the lead. Yet, nine months into the year, the US equity market is once again in pole position, having chalked up solid positive returns year to date, whereas many other markets are in negative territory (see chart below). If the present rate of outperformance chalked up this year continues, 2018 will be second only to 2011 of the post-crisis calendar years in terms of US relative outperformance. 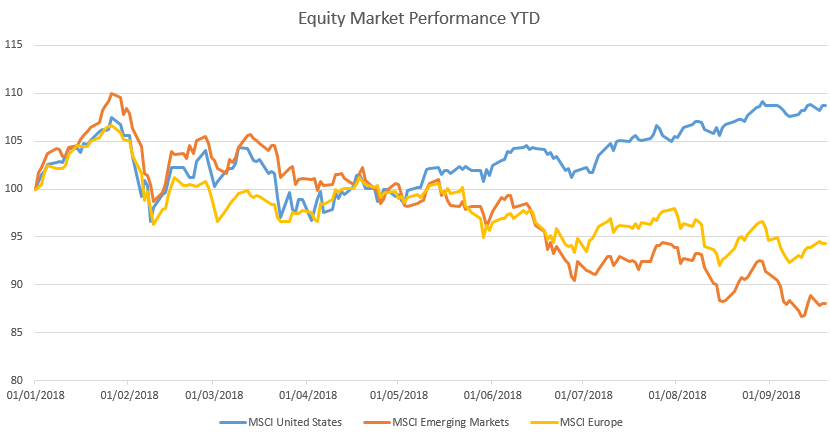 What went right for the US? Or is it more a case of what has gone wrong for the rest of the world? The US economy has benefited from a boost to household incomes as a result of tax cuts and increased government spending, which had more than offset the impact of higher interest rates as the US Federal Reserve (Fed) has continued to tighten monetary policy. The US equity market has also benefited from the tax-reform package, both directly (via higher profit margins) and indirectly, via share buybacks funded with newly repatriated foreign profits.

What has gone wrong for the rest of the world?

The combination of loose fiscal and relatively tight monetary policy in the US is a rerun of the early 1980s under President Reagan. At the time, Henry Kaufman, then chief economist at Salomon Brothers, warned that government deficits would crowd out private-sector borrowers. In contrast to the 1970s, when the Fed was accommodating growing US fiscal deficits by expanding its balance sheet, the US government was in competition for scarce financial capital with private-sector borrowers, but it was foreign dollar borrowers who were crowded out first. The transfer of financial capital from the US to the offshore dollar financial system dried up, leading to a tightening of financial conditions which hurt those countries that had borrowed in dollars.

At the same time, 2018 has seen global growth slow, in large part owing to the authorities in China reining in stimulus from the second half of 2017. This has acted as a particular headwind both for China and those emerging-market economies heavily dependent on strong Chinese demand. The combination of slower global growth and a rising cost of capital is, in our view, challenging for emerging markets.

Should the macro environment deteriorate further in China, a more concerted effort at reflation is likely; however, with the current-account surplus now much diminished, the bloated Chinese financial system is increasingly vulnerable to global financial conditions.

To this point, the experience of 2015 is perhaps indicative of the increasingly binding constraint faced by Chinese policymakers. When the People’s Bank of China began expanding its balance sheet to provide liquidity to Chinese commercial banks, it sparked capital outflows and currency weakness, undermining efforts to stimulate the economy. It was only when the Fed stopped tightening that the Beijing government had a free hand to reflate the Chinese economy.

For now, the Fed holds all the aces. Only when slower global growth and tighter global financial conditions begin to weigh on the US economy and financial markets is the Fed likely to stop tightening. To this point, the apparent ‘decoupling’ of the US economy and financial markets cannot be sustained in perpetuity as the rest of the world accounts for a much larger share of US corporate revenues and profits than it did in the early 1980s.

In due course, we anticipate that the deflation of the offshore dollar economy that US policy is currently precipitating will infect the US economy and markets, but for now, they appear unruffled.