The end of globalisation as we know it

Why deglobalisation and supply shortages are leading to greater government intervention.

Globalisation has for a long time been a ‘tide that has lifted all boats’ and, as a consequence, supply chains have become increasingly integrated, allowing inventory levels to be reduced. This has, however, exacerbated recent supply shortages, and the narrative has started to change; we have entered a period of deglobalisation and a new paradigm in terms of global trade practices and policies.

In recent years, the vulnerability of supply chains has been exposed by events such as the blockage in the Suez Canal, which disrupted one of the world’s busiest trade routes, as well as China’s zero-Covid policy which led to the supply from many factories in China being delayed. The resulting supply shortages have had a significant short-term effect, and some companies have missed sales estimates, being unable to meet demand. This has distorted supply and demand signals throughout the market; pricing power, evident in a supply-constrained environment, may ebb as constraints lift.

These supply issues have also put a spotlight on the ‘just-in-time’ nature of manufacturing processes that has steadily become the norm over the last 20 years, and companies will need to think more strategically over the long term about how their supply chains are managed. As the world becomes increasingly fragmented, we expect companies will move towards ‘just-in-case’ inventory management, meaning greater stockholding to avoid supply-chain shocks, which may increase capital intensity and put pressure on returns.

Over the longer term, it is likely that companies and governments will work together to change the nature of supply chains. We are already seeing a rise in onshoring to prevent disruption, as well as ‘friend-shoring’, by which countries trade and invest with other trusted nations that subscribe to similar social and political value systems. For example, Japanese technology company Sony announced last year that it is teaming up with Taiwan Semiconductor Manufacturing Company (TSMC) to build a chip production factory in Japan, a move welcomed by the Japanese government.1 TSMC is also building a chip factory in Arizona, with support from the US government.2 In addition, the US Congress is close to passing a bill to fund and implement the US CHIPS (Creating Helpful Incentives to Produce Semiconductors) Act for onshoring semiconductor plants.

We believe that there is also likely to be significant government involvement in future manufacturing locations for products that may affect national security, including technology and energy. The UK government recently announced that it would investigate the Chinese takeover of Newport Wafer Fab, owing to national security concerns – highlighting the importance of geopolitics within supply chains.

The role of governments

Over the last 40 years, we have grown accustomed to a free-market environment; however, where we see dislocation in markets, there is a tendency for governments to want more involvement. A wave of populist politics began last decade with the UK’s vote to leave the European Union, as well as the election of Donald Trump as US President, who introduced tariffs and quotas on imports. The Securities and Exchange Commission (SEC) has also brought in disclosure rules for US-listed Chinese companies owing to concerns around a lack of oversight – if they are not compliant by the start of 2023, they may be delisted.3 Similar actions have been taken in the technology sector, where Chinese company Huawei was banned from the US, and access to US technology by Chinese companies is limited. Geopolitics has been a key driver of these decisions.

The energy sector is now going through a similar experience, and the reliance of Europe on Russian energy has highlighted the need for nations to become more self-sufficient. The role of governments will be critical to encourage further investment in renewables, and to discourage investment in dirtier fuels, although this is likely to be delayed owing to the recent energy crisis, with energy security taking precedence over the energy transition.

We may also see ‘national champions’ emerge – Russia’s invasion of Ukraine has put a focus on countries’ ability to defend themselves, and this is an area where governments may play an even more dominant role. This is particularly relevant for countries that are members of NATO, given the guidelines regarding the proportion of GDP that they should spend on defence.

Finally, monetary policy has clearly been a key driver over the last 10-15 years, but this is now starting to change. We are moving towards a fiscal policy environment, giving governments a much broader role in economies, capital allocation and financial markets.

These geopolitical changes have far-reaching implications, and we use a thematic framework to provide us with a deeper understanding of the macro forces at play, so that we can more effectively seek out investment opportunities.

However, avoiding the losers is just as important as selecting the winners, and our themes also highlight areas of concern as some companies may be disintermediated by the changes we are seeing.

Grasping the dynamics of geopolitics is just as crucial as understanding the monetary policy environment and company fundamentals. Having a multi-disciplinary team focusing on responsible investment, geopolitics, the thematic backdrop and stock fundamentals is key for us to achieve a full picture of what is happening in the markets.

Spinning on a new inflationary axis 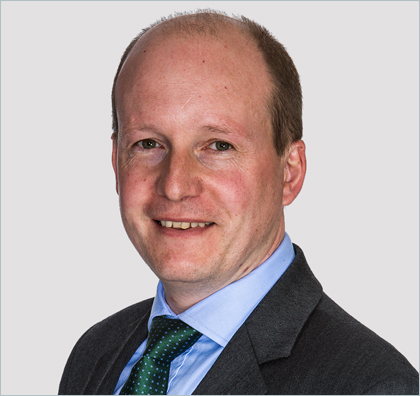 Simon is a portfolio manager on our Global Opportunities team team.