UK Institutional Blog Posts UK gilt yields: the long and short of it

UK gilt yields: the long and short of it 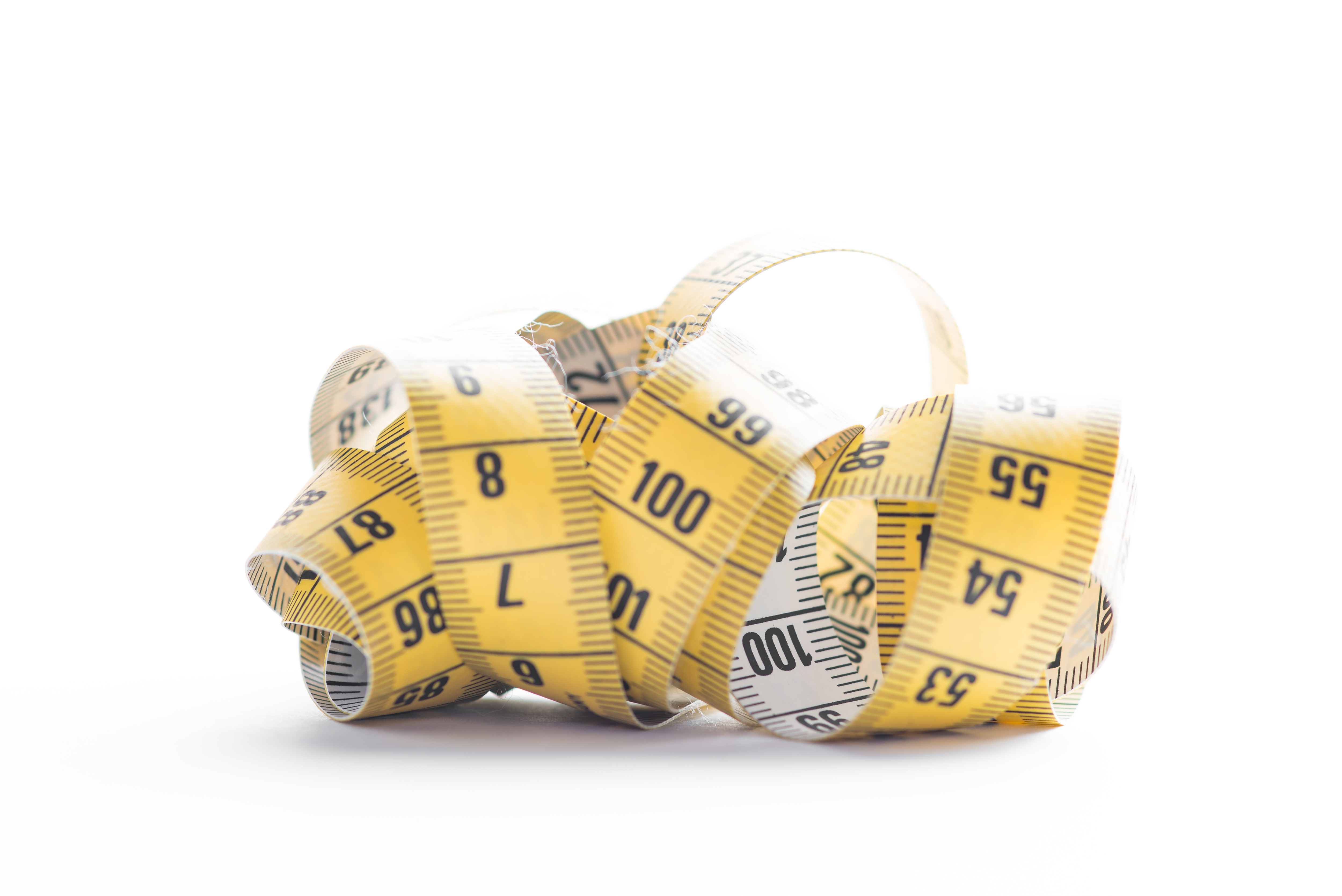 The chart below shows the shape of the UK gilt curve now (blue line), and on the date of the UK’s European Union (EU) referendum, 23 June 2016 (orange line). It also shows the change (in basis points) in yield between the two dates (grey bars).

It is noteworthy that UK gilt yields between one and twelve years to maturity are essentially the same now as on the day of the referendum (when the assumption in financial markets was that the UK would be voting to remain in the EU), but long-dated yields are about 0.3% lower now than they were then. 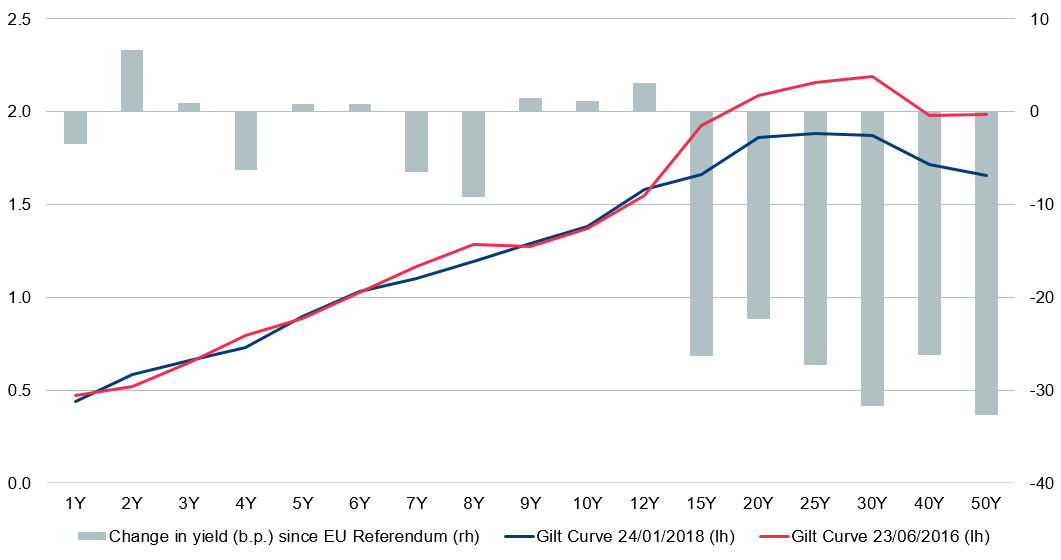 To some extent, one can rationalise the unchanged level of the short-to-medium end of the curve on the basis that the Bank of England’s Monetary Policy Committee announced a further £70 billion of quantitative easing and made an emergency rate cut in August 2016, before reversing it in November 2017. Also, in June 2016, as now, expectations were that further modest and gradual rate increases would follow, which explains the same gently upward-sloping curves.

However, the long-end yield drop in particular looks very anomalous when one considers that the main impact of the referendum to date has been on inflation, via sterling depreciation. In June 2016, the consumer prices index stood at 0.5%, and currently it is at 3.0%, meaning that real yields on gilts are much more negative than they were. This is more evident in the index-linked gilt market, where real yields are between 0.5% and 0.75% lower than they were in June 2016.

Although inflation looks set to decline, it is not forecast to fall to the Bank of England’s 2% target for nearly two years.

However, other arguments against gilts relate to fundamentals and technicals:

For these reasons, we think an outright short gilts position (being short gilt futures) is appropriate in an absolute-return bond strategy, and that a significantly underweight/shorter duration stance is called for in gilt-benchmarked funds.