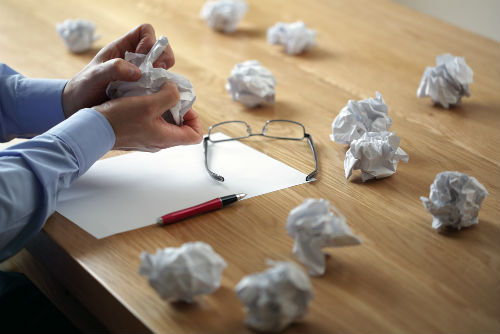 As the US Presidential election draws near, there has been much debate over how it will affect different asset classes and how markets will react. No one can give a definitive response however, especially if Donald Trump emerges as the victor, as there is so much uncertainty and inconsistency around what his political convictions are.

Trump has no firm political creed or allegiance and no matter how hard we try, we find it fiendishly difficult to come to any firm conclusions as to what a Trump victory would actually mean. Is he all mouth and no trousers, or is he a genuine radical? Whatever the answer, if he were to win the race, we suspect White House mandarins would gather around him to minimise political disruption.

A Trump victory may be the signal for global equity markets to sell off, even if he ultimately turns out to be a less frightening leader than many fear. It is reasonable to assume that against a global backdrop of fragile growth, the markets at their current historically stretched valuations are looking for an excuse to sell off, and a Trump victory could well be that trigger.

A Clinton victory is likely to spark a relief rally for markets, but if Trump wins we expect that there may be a subsequent shift away from concerns over slow growth to a focus on concerns over the creditworthiness of the US government itself.

The lack of clarity around both the election in general, and more specifically Trump’s potential policy programme, is reflected in a somewhat schizophrenic reaction by the markets. The general consensus is that healthcare, and in particular pharmaceutical firms, could come under further pressure should Clinton win, given her high-profile campaign to drive down drug prices.

However, having already performed poorly this year on the back of this negative sentiment, by the time we get to the election most of the bad news could have already been priced in to the sector, so there may be the chance for some upside potential. We would expect healthcare stocks to continue to struggle into the election, but, if it looks increasingly like Clinton will win, they could eventually fare reasonably well, as they have decent cashflow and had underperformed in the year to date.

Elsewhere, the crucial questions are around foreign policy as it is hard to ascertain how serious many of Trump’s policy initiatives are. China and Russia will prefer a Trump presidency as he has shown a less interventionist stance in Asia, while we would expect the Mexican Peso to come under concerted pressure if Trump wins. We would expect a weaker US dollar to follow a Trump victory which would give US military firms an added kicker over their global peers, who may struggle to compete on currency terms.

While the construction sector is rallying because both candidates have pledged to spend big to shore up crumbling US infrastructure, it feels almost impossible to pin any certainty to Trump’s programme, as nothing is costed. Indeed, regardless of who wins the race, it will be hard to place too much faith in this space, given the likelihood for political gridlock in terms of getting infrastructure schemes passed, and through to fruition.

We would expect bond yields to shoot up should Trump win, and in doing so, lessen the chances of a December rate hike, as bond yields could have already done much of the job for the Fed. The reaction of the US dollar is harder to predict: in theory, higher interest rates should support a strengthening currency; but if they are indicative of a lack of confidence in the new administration it could be that they have the opposite effect.

In terms of Europe, having openly stirred the pot in favour of Brexit, we would expect a Trump victory to put further strain on relations with the European Union. His uber ‘US first’ policy will not play well with the French in particular. In fact, with the French presidential race fast approaching, it may be tempting for candidates to be openly hostile to Trump, should he win, which could in turn put the euro under pressure.

Meanwhile, in the UK, Prime Minister Theresa May might struggle to have a good relationship with either candidate, although my feeling is she may have a closer affinity with Trump from a purely ‘left versus right’ perspective. It is, like much else around this election, hard to tell.