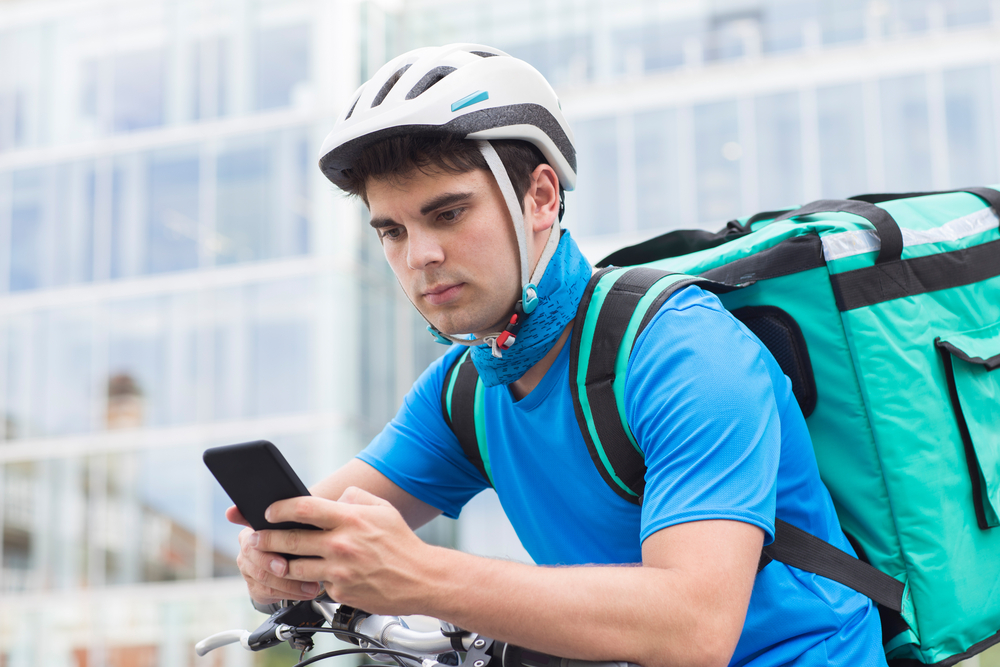 The car icon beetles its way along a digitised roadmap as a passenger waits patiently in the cold – two minutes until arrival. Next comes the almost imperceptible hum of a Toyota Prius as it pulls up at its destination, followed by the client’s name verification from their ‘driver-partner’. And so another journey begins.

This is the experience of 3.5 million Uber users in London every time they use the app. They take part in a transaction often seen to epitomise the ‘gig economy’.

The term ‘gig economy’ generally refers to low-paid, flexible work which is fed to workers through an app or website. This enables them to do it piecemeal. Around 1.3 million Britons are employed in the gig economy, while five million people in the UK are self-employed and one in ten British workers are deemed to be in ‘precarious work’.

Among other implications, the development of a gig economy has significant potential consequences for inflation levels, and for bond markets.

Where are wage rises?

With many economies implementing higher minimum-wage levels and attempting to protect domestic industries through imposing tariffs on imported goods, the pressure for higher wages should be increasing and then feeding through to overall inflation. However, despite all of these factors, wage inflation is still relatively benign. In addition, unemployment in most major economies is still relatively low. Under normal circumstances this would lead to an increase in wages, yet we have seen very little of this.

The greatest enabler of the gig economy has been the proliferation of smartphones, which have made the processes involved far more efficient. This is one of the factors that has suppressed wage growth over the past few years.

The automation that enables the gig economy does not necessarily do away with jobs, but it does make them quicker and easier to do in a lot of cases. Black cab drivers in London were a protected sector and drivers had to take ‘the knowledge’ in order to be accepted into the club. This took between two and four years and was a significant investment for the driver. Then Uber came along and increased the number of cars available, which lowered costs. Meanwhile, navigation apps have essentially digitised ‘the knowledge’ which used to require a great deal of time and energy to learn.

Will inflation ever return?

One of the more intriguing elements of automation is that it is easy for machines to do the things humans find hardest. For example, they can diagnose illnesses based on analysing scans or symptoms which traditionally required a qualified doctor, or they can scan through pages of documentation to find precedents in court cases, which used to require a qualified lawyer.

Yet machines find it harder to do tasks that humans find easy, such as the service of food and drink. The professional service sector has been the biggest employer for the last two decades, and that is where we could see the biggest change and (negative) impact on wages. That pressure is not going to go away, which begs the question – will inflation ever return to trend?

The view in the market is that fixed income investors are facing some significant changes – high inflation and high yields – so it will be difficult to make money in the asset class. However, if inflation continues to be suppressed, this will not necessarily be the case. Either way, it may be prudent to consider global opportunities and diversifying into markets where interest rates are not rising, while shorting markets where rates are rising. With careful analysis, it is possible to find companies that are doing well and countries acting differently, even in an environment where there is an inflationary backdrop.

Central banks may be moving to more a ‘hawkish’ base, but this has been so well telegraphed that we are not overly concerned about the impact on government-bond yields. The move to quantitative tapering is probably not as big a negative for government bonds as people would assume because markets tend to price it in. It is risk assets that may be more vulnerable to a sudden increase in volatility.

In the absence of a surge in volatility in equities and risk markets, we expect Treasury yields to be in the range of 3.1-3.4%. The figures are not at that level yet owing to volatility in February, but they have been heading in that direction.