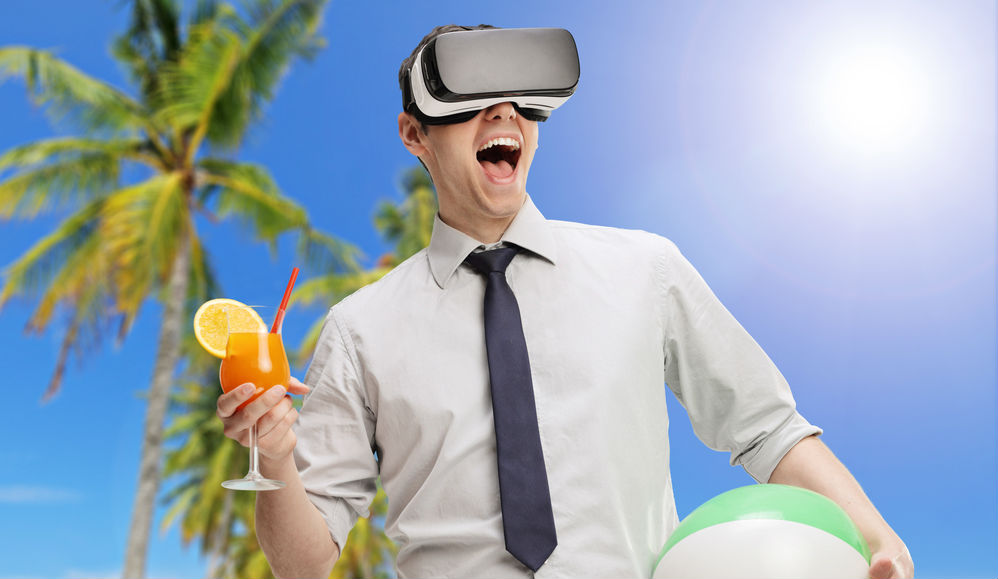 I recently visited Tokyo to gain an on-the-ground perspective on the country’s political and social affairs, as well as to assess investment opportunities.

Tokyo never seems to vary significantly from cycle to cycle, nor from perceived crisis to perceived recovery, carrying on in its own busy but civilised way. The most noticeable feature during my visit this time was a high number of cranes dotted around the city centre, with a rash of new office blocks rising into the skyline.

One particularly interesting opportunity I was able to take advantage of during my visit was attending a focus group on virtual reality, led by Professor Michitaka Hirose, a specialist in this area at Tokyo University. Virtual reality (VR) is something we have been following closely at Newton as part of the work of our ‘innovation’ themes group which explores investment opportunities and risks arising from cutting-edge technological developments. I’d like to share some of the things we discussed.

A brief history of VPL

The first VR system was launched in 1989 with the rather unfortunate name of ‘VPL’, standing for Visual Programming Languages. The first head-mounted device, also developed in 1989, was, ironically, called EyePhone, and enabled the user to be visually immersed into a virtual environment.

Since then, steady progress has been made: ‘real environment’ was the first approach (simply recreating an existing environment), then ‘augmented reality’ (layering computer-generated enhancements over an existing reality which the user can interact with – take the Pokémon Go app for example), followed by ‘augmented virtuality’ (which creates its own reality that is completely computer-generated). The final stage is ‘virtual environment’, the fastest growing area of VR today. This provides even more sophisticated sensory stimulation with the aim of creating a fully immersive experience.

There has been some talk in the market about the impact on health (for example nausea, eye strain and even seizures), particularly from 3D VR, but Tokyo University’s researchers do not see sufficient evidence to support these claims.

The gaming world, in particular, offers companies a huge opportunity to leverage their intellectual capital and technological capability in VR. As a large Japanese technology firm has shown with the success of its latest VR device, there is considerable pent-up demand for mainstream virtual reality products. While such VR devices currently come at a high price, we expect, like many new pieces of technology, they will be subject to Moore’s law[1] – that is to say that with technological improvements the price will fall, making these devices more accessible for the consumer.

VR offers an interesting twist on the millennial generation’s preference for experiences rather than ‘stuff’, allowing them to indulge their penchant for life-enhancing experiences more cheaply while also drawing them in to purchase physical items (i.e. the VR headset). Why pay hundreds of pounds to see the pyramids or a full-moon party in Thailand when you could recreate the experience at a fraction of the cost in your own home (or perhaps more likely, given real-estate prices and millennial preferences, your parents’ place)?

At the focus group, we also discussed possible uses of VR beyond gaming and leisure. One potential area which could benefit from virtual reality is marketing, particularly the field of neuromarketing. Neuromarketing applies the principles of neuroscience to marketing research, studying consumers’ cognitive responses to marketing stimuli.

Using VR to monitor consumers’ subconscious and conscious reactions to certain products could take market research to a whole new level and provide vital insights for companies into exactly what makes their customers tick. It should be noted, nonetheless, that the ethics of doing so are questionable, however powerful the proposition.

There is another potential use of VR and neuromarketing for clothing retailers – the idea of the ‘virtual changing room’. For example, you could virtually try on a product through a VR headset and the device would show you a mirror image of yourself with your facial features manipulated into a beaming smile, no matter what your expression at the time! This idea is a simple play on the human psyche’s weakness for flattery; reflect a favourable image of someone back to them wearing a product, and they will be more predisposed to buy that product.

[1] Moore’s law refers to the prediction, made in 1965 by Gordon Moore, that computing would dramatically increase in power while decreasing in relative cost at an exponential rate.

Demystifying the mysterious money of the internet – what is Bitcoin and how will it affect investors?