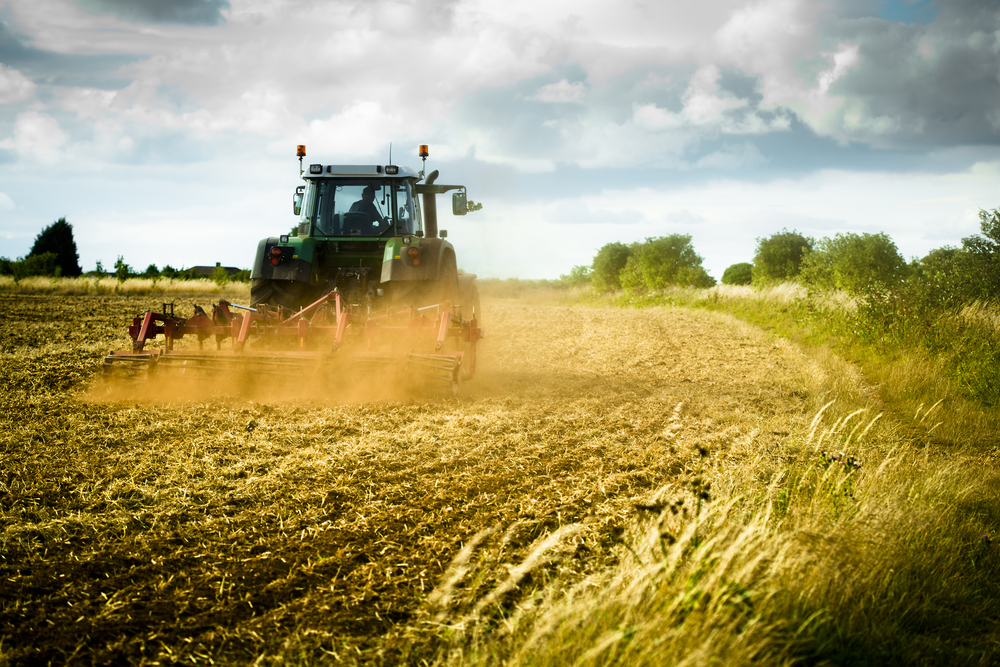 Following the morale-boosting passage of US tax reform, at least from a market perspective, President Trump turned his attentions to trade policy, in particular the US current-account deficit vis-à-vis China and what he has deemed to be the theft of American intellectual property.

While trade policy has been on Trump’s agenda since the campaign trail, it has received renewed focus since the start of this year. With Canada, and in particular Mexico, having received the bulk of Trump’s attentions over the course of 2017, the prospect of a showdown between the world’s two largest economies has served to heighten market concerns.

Trump believes a trade war is easily won by the US, given its starting position as deficit country, but the issue is far more complex. In order to explore the potential economic impact of increased barriers to trade, it is useful to examine how the invention of the plough transformed modern society.

Step back in time

Some 12,000 years ago, humans were almost entirely nomadic, relying on hunting and gathering to find sufficient food to survive. It was a time when the world was emerging from a prolonged cold snap; animals were migrating to the river valleys in search of water, and people followed. These fertile but geographically limited river valleys changed the way food was sourced and it became increasingly rewarding to encourage the flora and fauna as opposed to roaming around foraging.

Humans began the practice of breaking the surface of the soil in order to allow nutrients to the surface and water to seep deeper. Initially, this was done by hand with the use of sharp sticks, but over time, a simple scratching plough, pulled by a pair of beasts, was adopted and the practice of agriculture took off. By the time of the Roman Empire, farming was well established, with farmers five or six times more productive than the foragers they had replaced; thus it was possible for a fifth of a society’s population to grow enough food to feed everyone.[1]

This advancement freed up the remaining 80% to carry out other productive work, which in turn gave rise to specialist producers such as bakers, builders and brewers, thus enabling an increase in total production. Ploughs made their debut in the Middle East, where simple scratch ploughs were suited to the dry gravelly soils, and in time, spread across the Mediterranean.

The accumulation of capital

As with any piece of equipment that makes up the capital stock, ploughs do not conveniently come into existence of their own accord. The process of capital accumulation requires that we forego the consumption of some amount of what is produced in order to invest in the capital stock. Additionally, just as the construction of a plough requires labour and resources, procuring and sustaining the oxen and horses needed to provide the power to cut through the heavy clays of northern Europe also required investment in the form of time and resources.

The incentive to commit time and resources to the production of capital goods is done in the hope that it will realise future increases in output per unit of labour. In other words, time that would otherwise have been spent producing output for consumption or indulging in leisure activities is committed to the manufacture of tools that will facilitate production down the line, or, in other words, investing now to improve future returns. In the case of the plough, the rewards came in the form of significantly increased yields and food surpluses which supported larger populations and increased labour specialisation. This, in turn, led to bigger economies and, importantly, an increase in output per person. It is this increased output per unit of labour that drives gains in productivity and underpins increases in living standards.

So what does any of this have to do with the rising risk of trade wars?

Despite Trump’s suggestion to the contrary, trade wars tend not to be won by anyone. Of course, the exporting country loses from a trade war, but so too does the importing one.

The reason why there are no winners is because it is normally a scenario that leads to the substitution of more expensive goods for cheaper ones. As barriers to trade and financial capital have fallen over past decades, huge amounts of resources have been invested in building out the capital needed to operate global supply chains. Profit might be the main motivation, but the parallel outcomes have been huge productivity gains (a significant proportion of which will have led to increased standards of living through lower prices and product choice) and new jobs created, as with the invention of the plough a thousand years ago.

A trade war threatens to destroy the productivity gains that have been realised through the expansion of global supply chains, and would effectively deprive US and global consumers of the cheaper goods that come with it. Protectionism would lead to an increase in prices, while also being demand-destructive.

One only has to go back as far as 2002, the last time steel tariffs were enacted, to see the potential economic costs. Following a spate of mill closures and surging imports, President Bush implemented tariffs on certain steel products. While the net effect on employment in the steel industry was minimal, the businesses that relied on steel products shed approximately 200,000 jobs – more than the 180,000 employed in US steel production at the time.

As a result of the tariffs, US manufacturing firms, in particular smaller companies, were subjected to higher input prices which eroded profitability. Unable to increase prices, once-profitable companies were forced to cut production and, with it, their labour force.

Thus, while the intention of tariffs and trade barriers is to repatriate jobs which are seen to have been lost overseas, the outcome is often higher prices and job losses at home.

The unstoppable march of technology

When the US imposed steel tariffs in 2002, it produced almost as much steel as it does today. However, today there remains only a fraction of the 2002 workforce, as advancements in technology – in the form of both physical and intellectual capital – have boosted productivity just as the plough did a millennium ago.

More broadly, US manufacturing has progressively increased production for decades, even as the sector has shrunk in terms of both the number of people employed and as a proportion of GDP.

While these productivity gains have delivered increased welfare at the aggregate level, the process of substituting labour for capital has costs, particularly for those members of the workforce who are displaced. Today the US, along with all developed countries, produces more food with less than 2% of its workforce, compared to the days when 50% of its workforce were farmers. Since the introduction of the plough, continued productivity gains have reduced the need for agricultural labour but, over time, that displaced labour has been reallocated to other productive work, to the benefit of society’s welfare.

While this process is societally disruptive in the short term, over the long term it reaps huge rewards. To have tried to halt that process in the past by smashing up ploughs, or any other agricultural or industrial machinery for that matter as some have tried to do, would have ultimately hurt the consumer and restricted jobs, just as trade wars threaten to do today.

Genomics has the potential to change health-care systems on a global scale. How will this affect investors and…