From ‘doves to hawks’?

Across the world, central banks are gradually relinquishing their extremely ‘dovish’ monetary policies, and one consequence is that the supply of government bonds is likely to increase, after a period in which the lighter provision of bonds has offered technical support to the market since the global financial crisis.

In eschewing a dovish stance, the US Federal Reserve (Fed) is leading the way for other central banks, and it is likely to carry on raising interest rates. Two hikes are priced in for 2018 to follow the three rate increases in 2017 and one in March 2018. Such prospective Fed action presumes that inflation will remain at or above 2% and that unemployment will stay low. With the budget deficit rising, we believe the Fed will be inclined to stick with its new-found hawkishness, although, so far, inflation is yet to cause undue concern.

We see little evidence that the rise in borrowing costs is having any meaningful impact on companies yet, or of anything other than a modest impact on the housing market. So long as that remains the case, risk assets could stabilise to the detriment of US Treasuries, which are generally perceived by investors as safe havens. Buying floating-rate notes and shorting government bonds is one way of approaching such an investment scenario.

With central banks moving at different speeds, the policies of governments are also diverging. For example, the US has embarked on a fiscal splurge in the late stages of the business cycle, and this could well have some inflationary consequences (with increased fiscal spending being a way for governments to seek to counteract voter discontent). The differing fiscal and current-account balances of economies will inevitably influence their respective currencies and interest rates. In the absence of political risk, the currencies of nations with high current-account surpluses will tend to rise against those of countries with deficits.

We expect that US inflation will steadily increase through 2018 as wages edge higher and the reversal of globalisation results in higher costs. However, US average earnings recently dropped back from the levels seen in January (easing some inflation concerns), resulting in cheaper Treasury Inflation-Protected Securities, and increasing the impetus to buy them.

In our view, banks are now better capitalised and more regulated as a result of state intervention, and this should continue to offer bond holders stronger protection against losses. With central banks starting to normalise interest rates, the likelihood of steeper yield curves is set to improve the profitability of banks.

The persistently weak nature of economic growth is throwing into sharp relief the divergence within industries and among companies, especially as competition is high and elevated levels of capital expenditure exert pressure. We believe that one benefit of economies of scale is the ability to drive further industry consolidation. We believe, therefore, that larger companies in the telecommunications, consumer staples and beverage sectors are at a significant advantage over smaller competitors.Besides the challenge of inflation, global growth has created significant stress on environmental resources and, with it, an increased public clamour for cleaner and sustainable, but also affordable, energy sources.

As companies and investors adopt more stringent environmental standards, and with more investments flowing into the infrastructure which is creating a ‘greener’ planet, the case will grow for both direct and indirect exposure to renewables, electric vehicles and more sustainable utilities. With the possibility of a further tightening of monetary policy, higher bond yields could begin to affect the appetite of investors for equities and corporate bonds against a backdrop of continued volatility. Should rising inflation provoke surprises, this may reduce the attractiveness of US Treasuries. 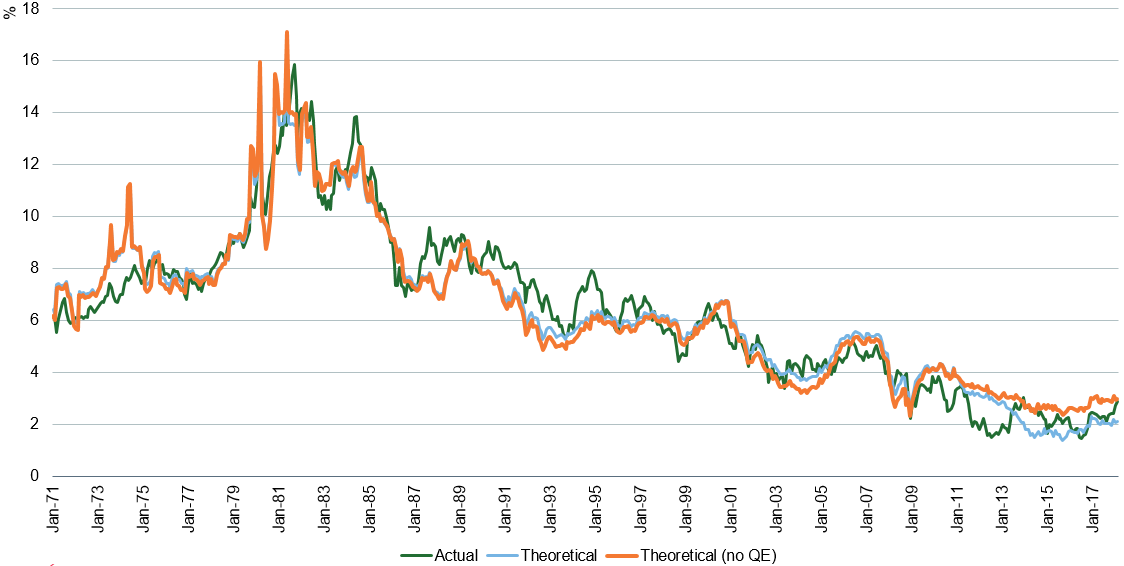 Bond yields have been suppressed by loose monetary policy 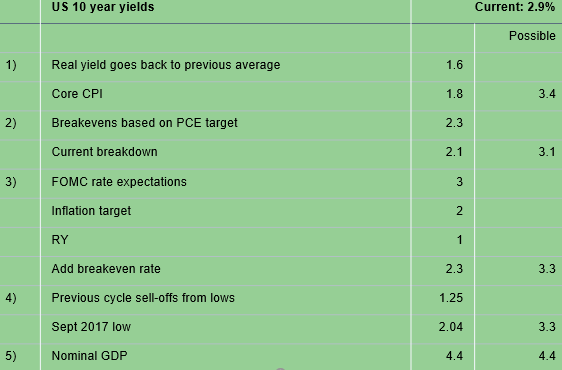 This is a financial promotion. Any reference to a specific country or sector should not be construed as a recommendation to buy or sell investments in those countries or sectors. Please note that holdings and positioning are subject to change without notice.

We examine how the theme of divergence is creating opportunities for global bond investors in the US market.

Paul Brain discusses why US bond markets are offering opportunities not currently available in European markets.