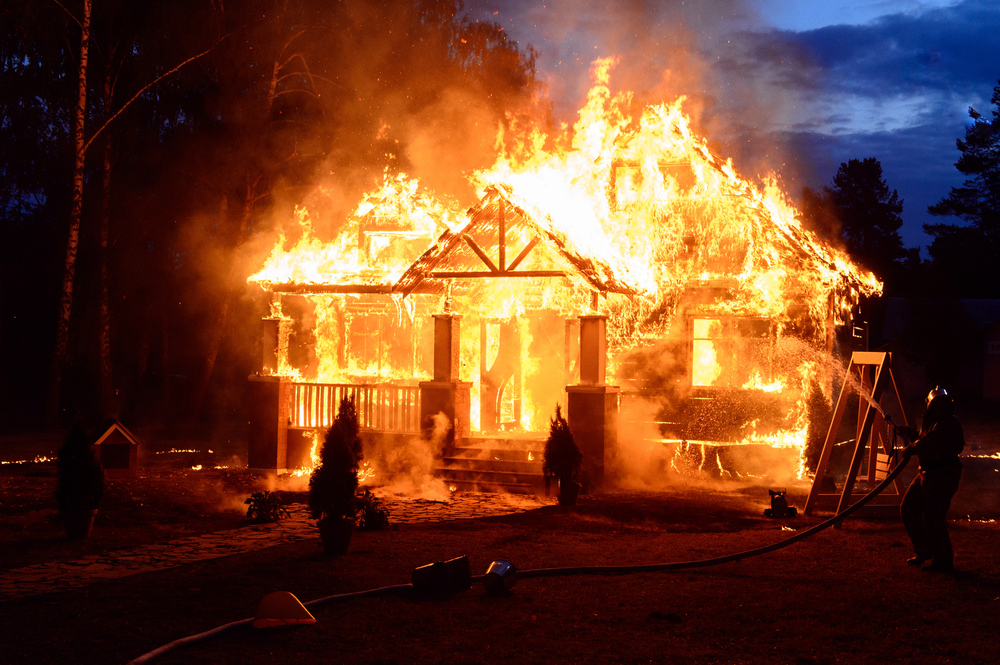 Our ‘fire risks’ investment theme has been in place for some years, and helps us think about the ongoing tug of war between inflationary and deflationary forces. ‘Fire risks’ runs counter to other major themes (‘debt burden’, ‘population dynamics’, and the technology-related themes ‘net effects’ and ‘smart revolution’), which imply a structurally disinflationary backdrop.

An inflationary world – in the consumer-price inflation sense – has therefore not been our central case, and we continue to see the disinflationary structural trends as headwinds for both nominal demand and pricing power. However, further out, if wholesale monetisation of debt loads were to be seen as necessary, more generalised and worrying inflation could develop.

There were a number of threads to the initial idea behind our ‘fire risks’ theme:

Thus far, inflation has been largely contained in asset markets

In recent years, the ‘fires’ have clearly broken out in the capital markets, with significant asset-price inflation. The reasons why monetary inflation hasn’t translated into consumer-price inflation, as many expected, are not well understood but are likely we think to relate both to structural headwinds (such as globalisation, the effect of automation on employment, and the impact of cheap money on supply) and to the nature of quantitative easing, which has tended to keep the impact of monetary expansion within the financial system.

All of that said, there are shorter-term risks of higher consumer-price inflation, particularly in the US economy. The implications of this can (and are) being transmitted to the rest of the world via the foreign-exchange markets and rising US Treasury yields, which are arguably the world’s most important prices.

In our minds, a range of different factors are contributing to this:

Does US consumer-price inflation feed on itself and herald a more inflationary global backdrop?

We believe not. We remain of the view that the economy is much more fragile than many believe, with the momentum in economic activity and asset markets being in large part a product of increased leverage (household, corporate and government) rather than sustainable activity. Both demand and investment returns have been brought forward, and the current expansion looks distinctly ‘late-cycle’ (with the current cycle being the second longest since records began in the 1850s). Furthermore, inflation is typically a lagging, not leading, indicator of economic growth.

We’d characterise recent US inflationary pressures as primarily ‘cost-push’ and ‘relative price’ changes rather than direct symptoms of monetary inflation. As such, they are more likely to create negative feedback effects in the economy. With economic growth remaining intractably low, the inflationary impulse might be seen as somewhat ‘stagflationary’ (witness the US ISM Manufacturing survey for April 2018, the overall index of which declined to 57.3 from 59.3. Underlying this was that the production component fell from a high of 61 to 57.2 and the prices paid component shot up to 79.3, the highest since 2011).

Furthermore, consumer-price inflation trends elsewhere, particularly in the European Union and emerging markets, do not appear to be following the same path as the US. Indeed the IMF’s world consumer-price index has been trending downwards since the spring of 2017.

Inflation is, at its core, about the expansion of money. Money-supply and velocity trends are likely to remain weak (as central banks withdraw from asset purchases, and as bank-lending growth is hampered by already extreme indebtedness). It seems like a stretch to us that shrinking money-supply growth will be able to drive higher real activity (which the Trump administration expects), keep asset prices levitated, fund increasing deficit spending and stoke generalised inflation.

It is also important to consider the importance of financial assets, as that’s where the inflation has been! The planned unwinding of monetary support for financial markets already looks like a challenge; if the accumulated momentum causes the US economy to overheat and/or the Federal Reserve to overdo its tightening, we think risk assets would be likely to react very negatively. Our ‘financialisation’ theme reminds us that it’s hard to overstate the importance of ultra-low borrowing costs, central-bank liquidity injections and asset-price inflation with low volatility to almost all sectors of the economy. Put bluntly, neither economies nor stock markets would be where they are if it weren’t for the actions of central banks. We believe asset-price deflation would quickly change investors’ expectations about economic growth and corporate earnings; all bets about a more inflationary world would be off.