The site you are about to enter is intended for Australian wholesale clients only (as that term is defined in section 761G of the Corporations Act 2001 (Cth)) and is not intended for distribution to, nor should it be relied upon by, retail clients. Newton Investment Management Limited (Newton) is authorised and regulated in the UK by the Financial Conduct Authority (FCA). Newton is providing financial services to wholesale clients in Australia in reliance on ASIC Corporations (Repeal and Transitional) Instrument 2016/396, a copy of which is on the website of the Australian Securities and Investments Commission, www.asic.gov.au. The Instrument exempts entities that are authorised and regulated in the UK by the FCA, such as Newton, from the need to hold an Australian financial services license under the Corporations Act 2001 for certain financial services provided to Australian wholesale clients on certain conditions. Financial services provided by Newton are regulated by the FCA under the laws and regulatory requirements of the United Kingdom, which are different to the laws applying in Australia. This information is made available by Newton Investment Management Limited and BNY Mellon Investment Management Australia Ltd (AFSL 227865).

All companies are affected by state action, making it a necessity that we consider how governments and businesses interact 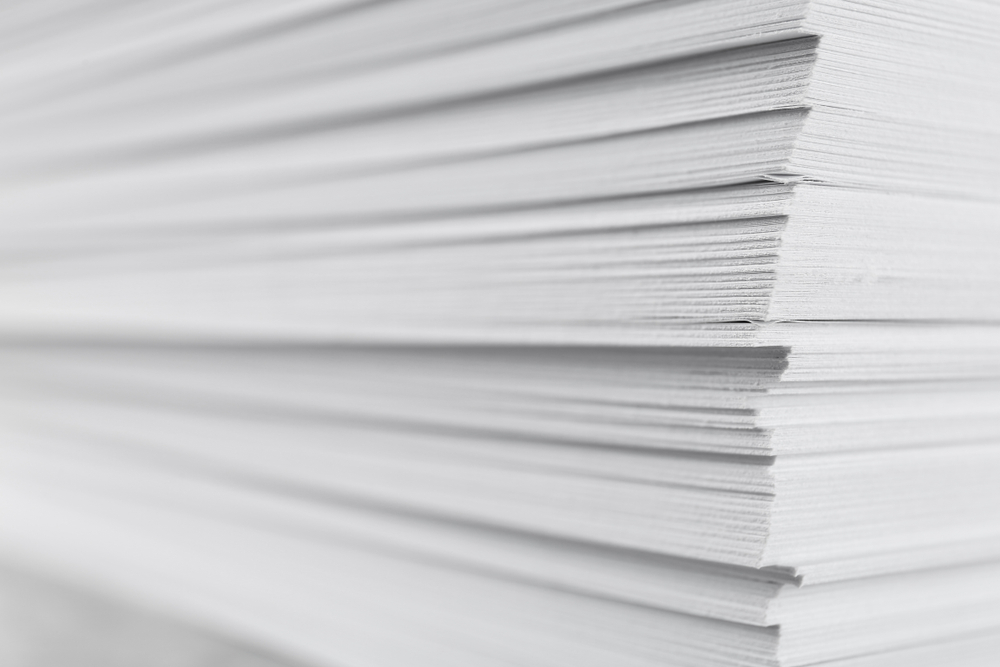 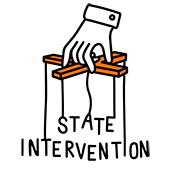 A series of structural challenges are rendering the pace of global economic growth more moderate than in recent decades, and this is only intensifying electorates’ disillusionment with both the political and corporate establishment. Furthermore, this environment is exacerbating antagonisms between nations, not least that of an ascendant China and the US.

Against this backdrop, we envisage governments and their associated monetary authorities being forced to maintain a level of state intervention that is elevated compared to the decades preceding the global financial crisis.

Central-bank stimulus has been the dominant form of state intervention since 2008, and may yet become more extreme during the next cyclical downturn.

However, given the apparent lack of traction that policies such as quantitative easing (QE) have had upon the ‘real’ economy, this is likely to be accompanied by, and possibly intermingled with, fiscal policy. Greater levels of protectionism and regulation are also likely to constitute part of the populist politician’s toolkit.

What does this mean for investors? 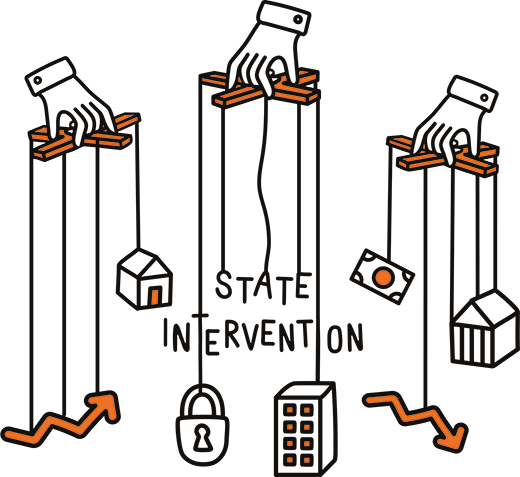 We must remain up to date with new developments in US-China relations, expect greater protectionism as governments try to maintain or gain a share of lacklustre global demand, and be vigilant to corporate wrongdoing, as cash-rich companies are an attractive and lucrative scapegoat for hard-pressed governments to target. For the moment we maintain a focus on policy stimulus, regulation and defence spending.

State intervention is a theme that affects companies and industries around the world. All firms are affected to some extent by increasing income inequality, a crackdown on corporate crimes, systemic changes owing to increasing protectionism and tension between two of the world’s biggest powers, and we must remain mindful of these forces as long-term investors.

Authorities have engaged in ever-greater policy intervention and regulation to shore up economic growth. We believe ‘state intervention’ has increased misallocation of capital, caused volatility in markets and inflated asset prices – and we think that calls for a stock-specific approach.

We have a research group for each theme, made up of analysts, portfolio managers and other members of the investment team, that collaborate on new thematic ideas and analysis. Here are the co-leaders in the state intervention theme group.

Our key areas of focus

The boundaries between fiscal and monetary policy are becoming increasingly blurred. ‘Modern Monetary Theory’ (MMT) is being touted by some (including central bankers) as the answer to the continued need for more stimulus. However, even without MMT, fiscal policy is likely to increasingly aim at redistribution of income, as a political expedient.

Governments around the world are increasing their regulation, and their control of markets and market participants. This is being driven by two forces. First, a swing back to nationalism means that governments are using regulation and control to pursue state-level objectives such as promoting exports, protecting local industries and building infrastructure. Second, as social and environmental risks become better understood, governments are increasingly using regulation in an attempt to reduce the negative consequences of the production or consumption of goods/services that the free market is not able to price or solve effectively.

A deceleration in the pace of global economic growth and increasing inequality have contributed to a surge in populism. In response, many governments have moved to adopt a range of more interventionist policies, a number of which have an international impact, such as currency depreciation and trade tariffs. At the same time, China has emerged as a major economic, and increasingly military, power and is seeking to harness its influence overseas, threatening to bring to an end an era of undisputed US supremacy. Against this backdrop, and reflecting a parallel rebound in the Western defence cycle and looser fiscal policy, spending on military hardware and broader defence capabilities is rising.

A deep dive into…

In our view, in order to assess quantitative easing properly, it is important to focus on the increase in commercial bank reserve balances with the US Federal Reserve.

Of course, our themes don’t exist in a vacuum 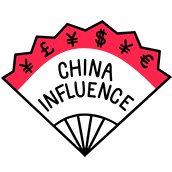 China provides a powerful example of how the state can interact with the economy. Our China influence theme is dedicated to considering the impact of this growing world power. 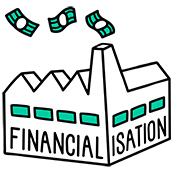 Our increasingly financialised world has been created in part by the actions of the state. Our financialisation theme explores the changing financial landscape in more detail.

Explore our financialisation theme
Individual Investors will be redirected to bnymellon.com

This is a financial promotion. Issued by Newton Investment Management Limited, The Bank of New York Mellon Centre, 160 Queen Victoria Street, London, EC4V 4LA. Registered in England No. 01371973. Newton Investment Management is authorised and regulated by the Financial Conduct Authority, 12 Endeavour Square, London, E20 1JN and is a subsidiary of The Bank of New York Mellon Corporation. Newton is providing financial services to wholesale clients in Australia in reliance on ASIC Class Order 03/1099, a copy of which is on the website of the Australian Securities and Investments Commission, www.asic.gov.au. The Class Order exempts entities that are authorised and regulated in the UK by the FCA, such as Newton, from the need to hold an Australian financial services license under the Corporations Act 2001 for certain financial services provided to Australian wholesale clients on certain conditions. Financial services provided by Newton are regulated by the FCA under the laws and regulatory requirements of the United Kingdom, which are different to the laws applying in Australia.

Material in this publication is for general information only. The opinions expressed in this document are those of Newton and should not be construed as investment advice or recommendations for any purchase or sale of any specific security or commodity. Certain information contained herein is based on outside sources believed to be reliable, but its accuracy is not guaranteed. You should consult your advisor to determine whether any particular investment strategy is appropriate. This material is for institutional investors only. Past performance is not a guide to future performance. Your capital may be at risk. The value of investments and the income from them can fall as well as rise and investors may not get back the original amount invested.

This material is for Australian wholesale clients only and is not intended for distribution to, nor should it be relied upon by, retail clients. This information has not been prepared to take into account the investment objectives, financial objectives or particular needs of any particular person. Before making an investment decision you should carefully consider, with or without the assistance of a financial adviser, whether such an investment strategy is appropriate in light of your particular investment needs, objectives and financial circumstances.

This information is made available by Newton and BNY Mellon Investment Management Australia Ltd (AFSL 227865). This information is confidential and is only provided to Australian wholesale clients (as that term is defined in section 761G of the Corporations Act 2001 (Cth)). This is not an offering or the solicitation of an offer to purchase an interest in any financial product referred to in this website. This content is for general purposes only and should not be relied upon as financial product advice. This content has been prepared without taking into account the objectives, financial situation or needs of any person. Before making an investment decision an investor should consider the appropriateness of the information in this website having regard to these matters and read the disclosure document relating to a financial product. Investors should also consider obtaining independent advice before making any investment decisions. Investments can go up and down and to the extent that this website contains any past performance information, past performance is not a reliable indicator of the future performance of the relevant investment or any similar investment strategy.

Newton Investment Management Limited is exempt from the requirement to hold an Australian financial services licence in respect of the financial services it provides to wholesale clients in Australia and is authorised and regulated by the Financial Conduct Authority of the UK under UK laws, which differ from Australian laws.